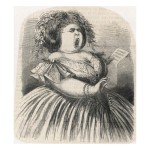 This week researchers from the University of East Anglia released some very interesting findings that resulted from testing 594 bio-science students in their first week of term at five universities.

The students selected would be considered by many more than competent in their subject, almost all had a grade A*, A or B in biology at A-level. Yet when they were given 50 minutes to answer 38 multiple choice questions on cells, genetics, biochemistry and physiology from their A level core syllabus, they only got 40% correct. The period of time between the students sitting their A levels and the test was three months.

Lead researcher for the study, Dr Harriet Jones, said: “What our research shows is that students are arriving at university with fantastic A-level grades, but having forgotten much of what they actually learned for their exams.”  She went on to say that the trend to teach to the test, to ensure good results for schools’ reputations, was the problem.

The schools are to blame then

The facts of the research are clear, students who had successfully passed a test, were unable to pass a similar test three months later. The conclusion reached is that the students did not understand (see my blog on understanding) their subject well enough and passed their A levels probably using little more than memory. And who is to blame, the schools of course, for teaching to the test. Why the school do this is worthy of further debate, but government pressure and the impact of league tables will certainly be in the mix.

But do employers not accuse Universities of delivering up similar ill prepared students. The test is different but from the employers perspective the result is the same. A University student who professes to know something but when tested “in the real world” doesn’t.

Does this mean that Universities are also teaching to the test!

It’s about the test etc

The problem is not in teaching to the test; the problem is with the test, the pass mark and possibly the marking. If the test was more

aligned to what the student needs to know/do at a fundamental level, the pass mark sufficiently high and the marker having some degree of autonomy to form judgements, then the results would probably be different. It could of course be that the exams are easier – Exam chief: ‘you don’t have to teach a lot’ for our tests.

The big criticism of teaching to the test is, it results in a narrowness of understanding, little in the way of depth and does not push students to think in abstract and creative ways. But if the test, which incidentally does not have to be in the exam hall or on paper/PC was able to “test” for these qualities then teaching towards it would perhaps be more acceptable.

Teaching to the test is unlikely to change, in fact given the popularity of league tables  in education just now it may well increase, but with more effective testing the results might be better students, happy Universities and even happier employers.